The project examines the posts of my Facebook friends from Macedonia and their comments on the new transitional governing values in Macedonian society. They comment on reality shows that promote low passions, corruption in various spheres of society such as health and education politics, nepotism as one of the dominant ways to thrive, the party division of the Macedonian society, the problems of freedom of speech. Press by these current challenges, they run in the virtual world of Facebook network, which became one of the few places where they freely express their opinions, commenting on the situation in the society and voicing nostalgia for other values…
In Macedonia, due to lack of democratic capacity, Facebook was one of the rare public spaces where people started debates raising their voices against injustice and irregularities in society. Also, Facebook used to be the place where a number of calls to protest were organized against certain Government decisions.
… my intention was to save their weak voices against the oblivion but also to put out that the freedom isn't only act of shedding our attachments, but the practical capacity to work on them. 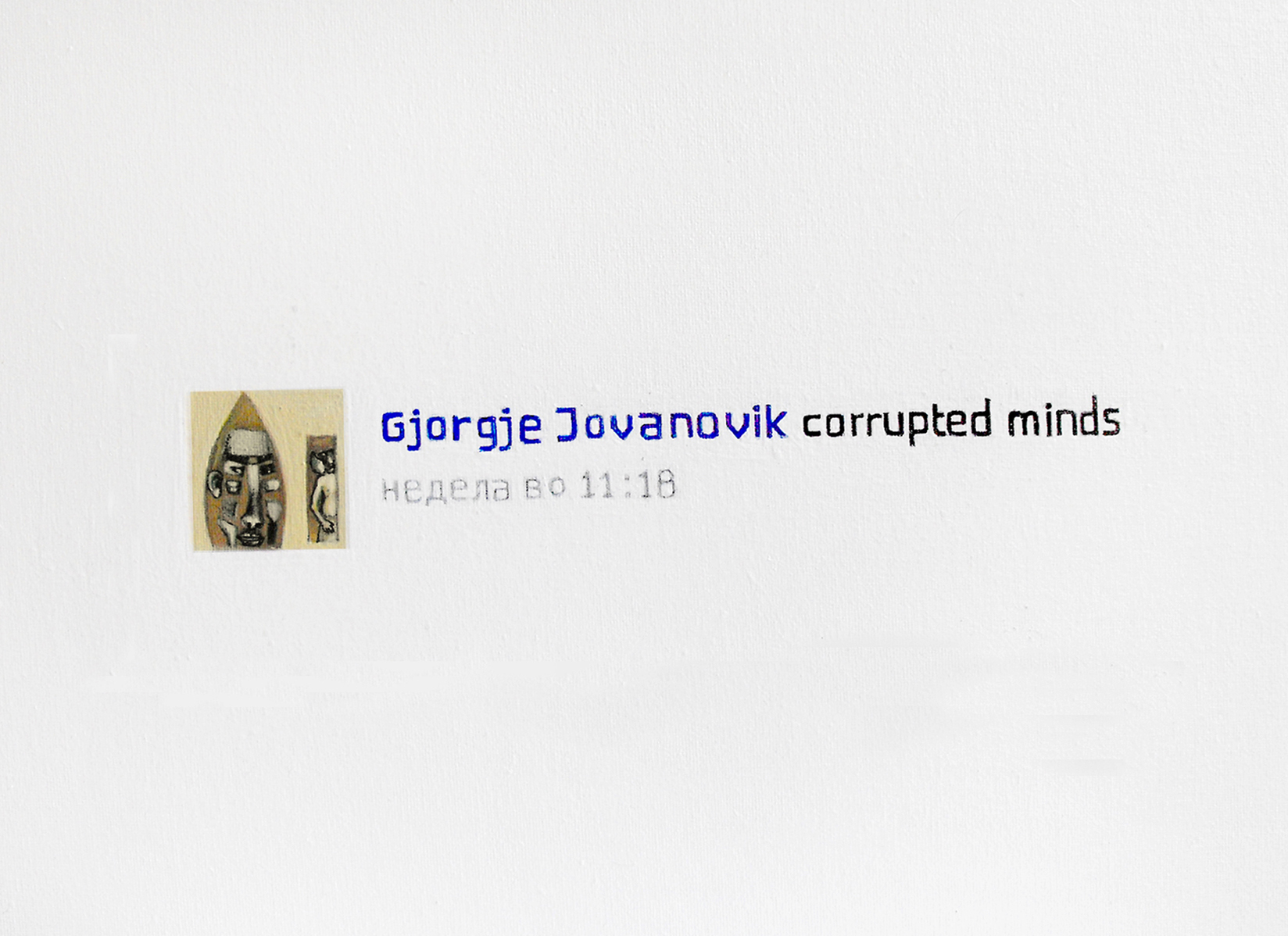 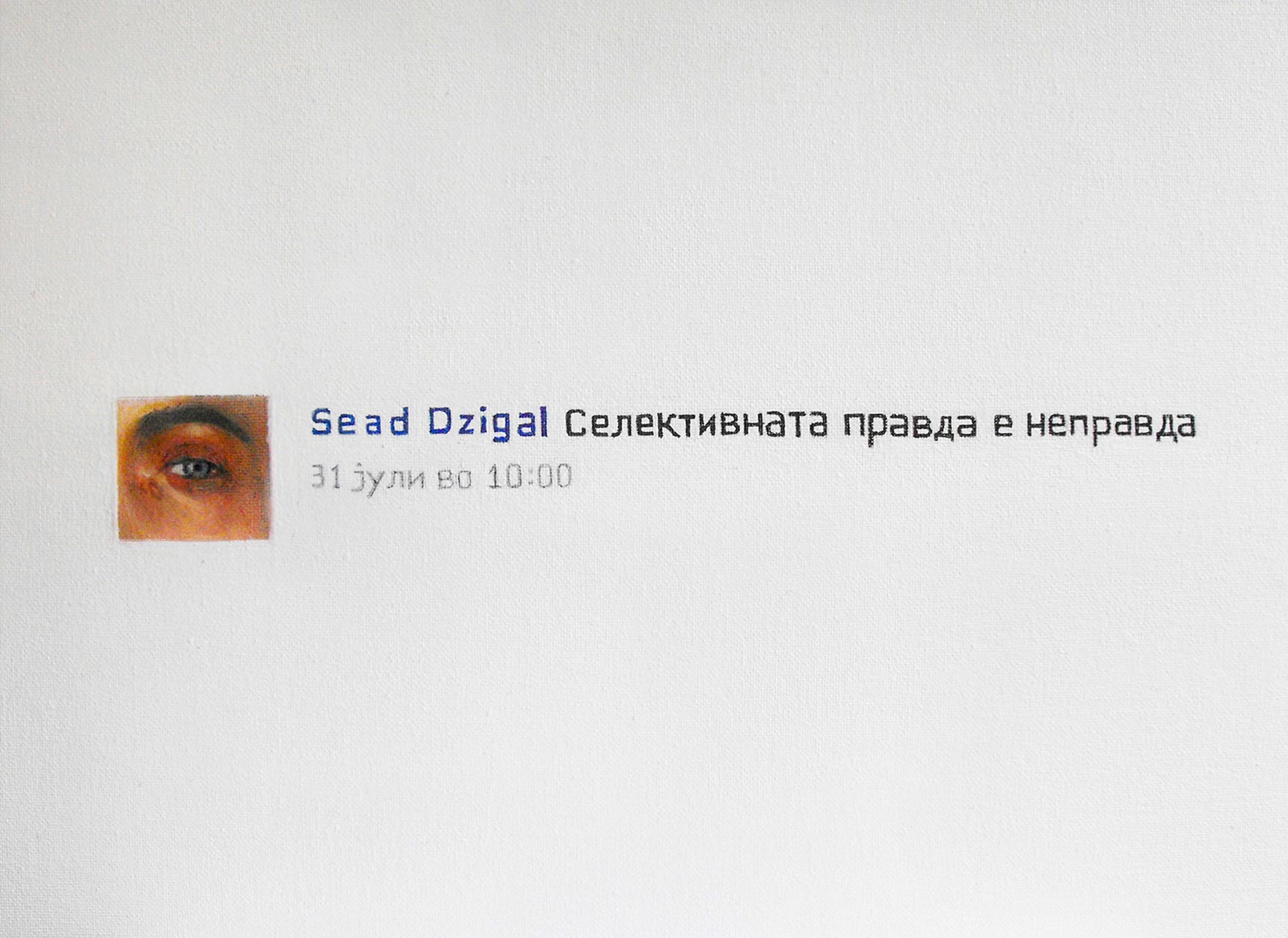 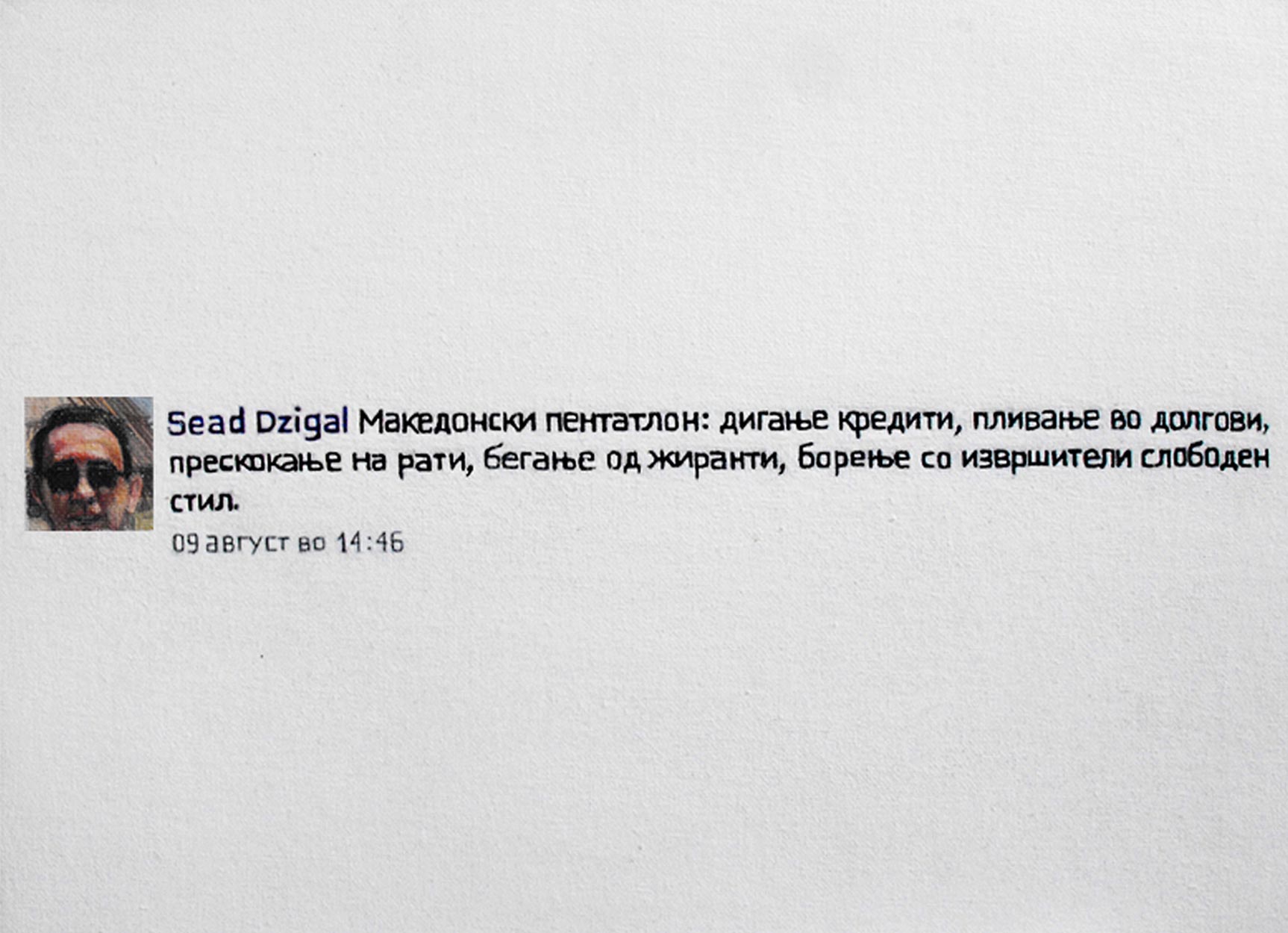 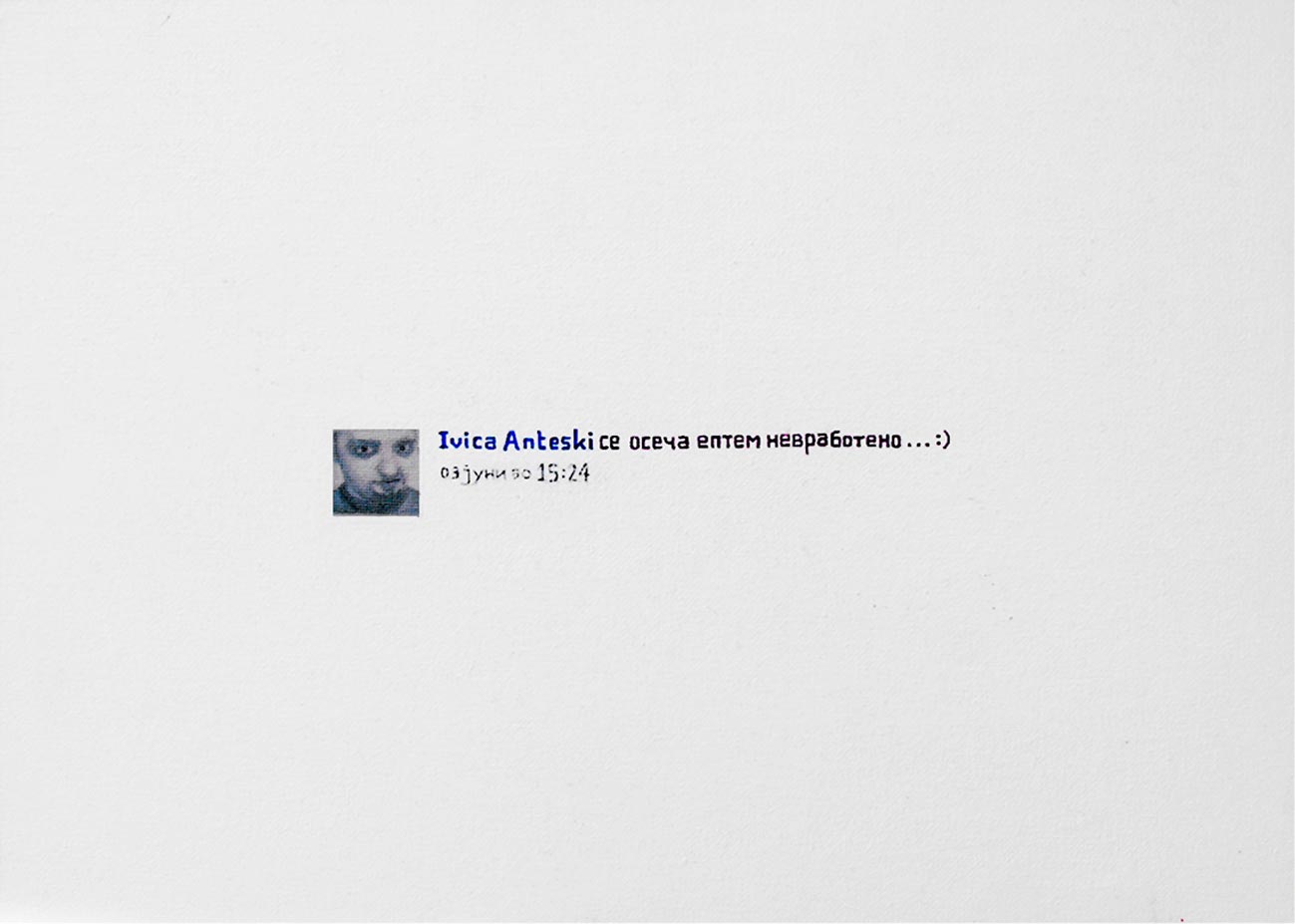 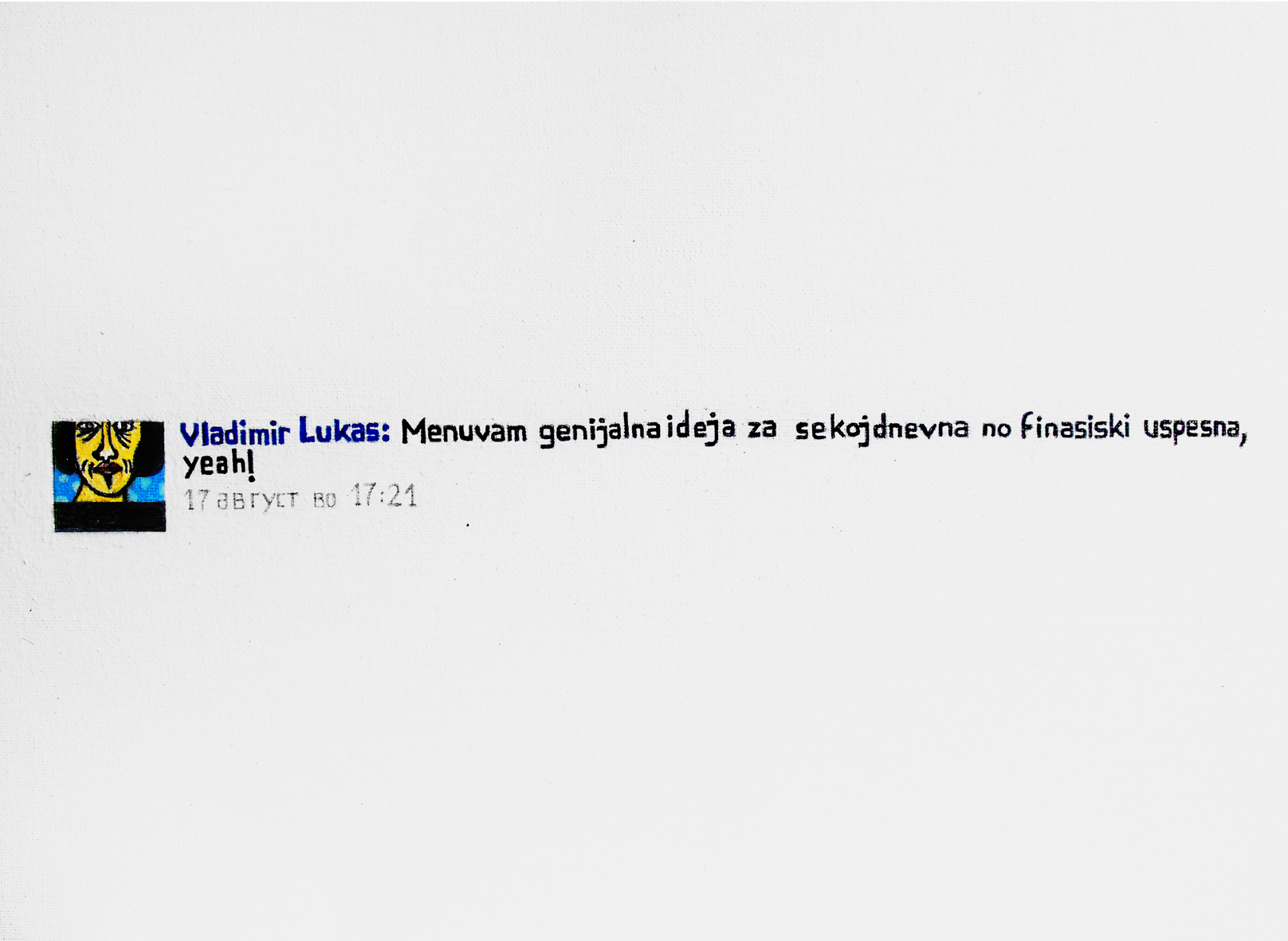