The project Radio Free Skopje was realized for a first time from 27 October till 1 November 2015 as a 6 daily radio project (internet radio, broadcasted on www.radiomof,mk). During the duration of the project we had broadcasted different program contents related to the culture issues, arts and questions related with the civil society of which 20 hours were produced specially for this occasion. The Mobile Gallery of CAC Art Centre in Skopje has been  transformed into an object - a radio receiver and the interior of the gallery turned into a studio.

The secood period of the project was from 1 January till end of June 2016. Trough this 6 month period Radio Free Skopje was serving as an open artistic platform to unite visual artists, musicians, theorists, sociologists, students, workers, activists, journalist and citizens to voice out challenges arising from the ongoing political and economic crisis and to express their thoughts and ideas for the future. In the form of interviews, music, analysis, radio plays, this project among other aspects aimed to challenge the radio format and to develop a different meaning to the radio as a medium and a place for free speech and thinking.

The project Radio Free Skopje has been developed as a protest against the general repression of freedom of expression and thought in Macedonia. Our goal was to point not only to that segment of media freedom in Macedonia but also for the actual space that the cultural contents have in the electronic and written media . What is also important in this turbulent period of political and economic changes is to relay the issues about our common future, the solidarity and responsibility of each individual. It seems that in order to move forward or make a turn, from time to time our gaze must be directed in the rearview mirror. 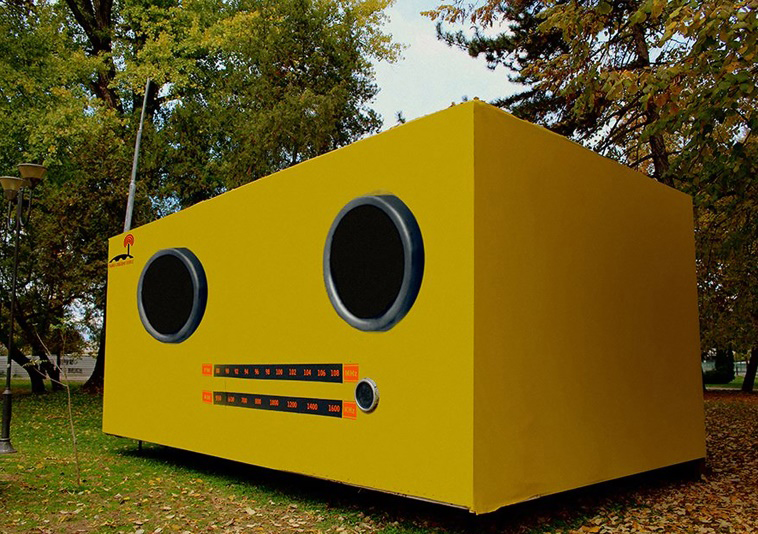 all audio recordings are available on https://www.mixcloud.com/gjorgje-jovanovik/