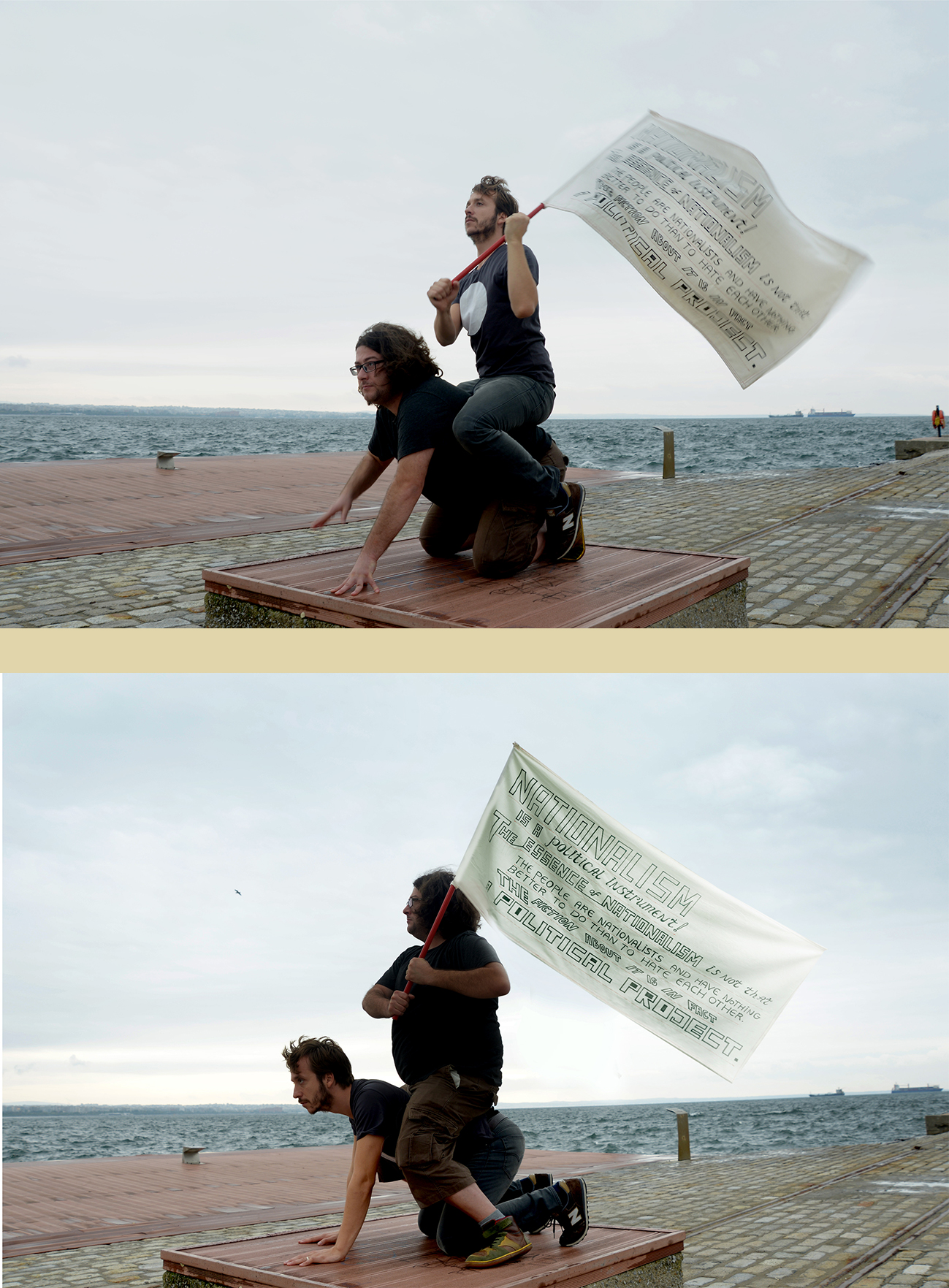 This work seeks to problematize national(ist) identity politics that are ‘inclusive’ for some, and always ‘exclusive’ for the others and paralyzing of all politics that debunk the sanctity of the ethnic principle of social mobilization.

The idea for this photography derived from the problematic sculptures included in the scandalous mega project Skopje 2014  that included re-creating of the identity and had transformed not only the main urban places in the city but also had an intention to erase numerous buildings and urban landscapes from the people’s collective memory.

A Macedonian and an Albanian who are alluding to a statue of a warrior on horse are waving a flag with the quotation by the Croatian philosopher Boris Buden- Nationalism is a political instrument. The essence of nationalism is not that the people are nationalists and have nothing better to do than to hate each other. The fiction about it is in fact a political project.