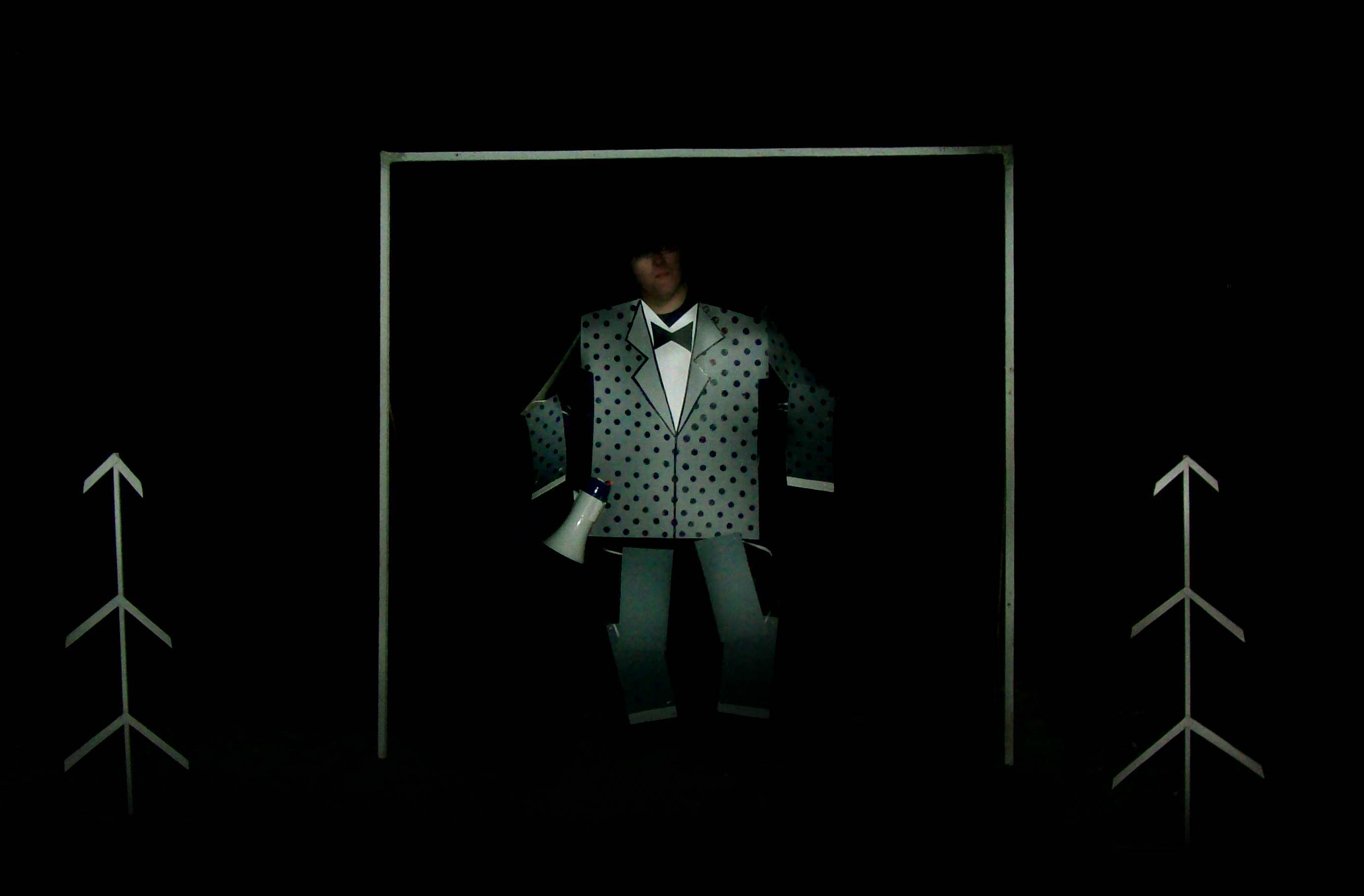 The central theme of The Recession of New Year's Eve is material and spiritual impoverishment. The selebration of New Year@s Eve in consumer societies is a festival of bad taste, as well as a race for food and gifts which are often there to fill emptiness with meaning.It also represents a consumerist explosion as a reaction to the oppresions of the capitalist life- style. The performance examines the influence of the recession on the habits of New Year's Eve celebrations.

The performance took place on 30.12.2008 on the platform in front of the Cultural Center Tocka in Skopje