Svirakus is an installation that deals with the manner of creating myths and their use in the service of national awakening, as well as with the people that are rediscovered precisely because of this phenomenon of repetitive mythologization of history in the former communist countries such as Macedonia .
This work is reassessing the ways history is created and is concerned with the artists who work outside of the dominant matrix and current political mainstream. Svirakus is an ironic and comic tale of the historic discovery of the missing link in the history of Macedonian contemporary art.

The installation is a museum of preserved fragments of the imaginary character the artist Svirakus. He lived and created in a society that was dominated by censorship. This museum offers several readings of the work. It talk about creativity and consistency of the authors to create their works in an unfit political climate. At the time when the artist, Svirakus, created his works, the structure of repression was particularly alert within the cultural and artistic institutions. Due to the differences with the political and social values his work remained unpublished, left outside of the institutions and not documented in any printed document. However, the new time revives old dissidents: Is this the missing link? 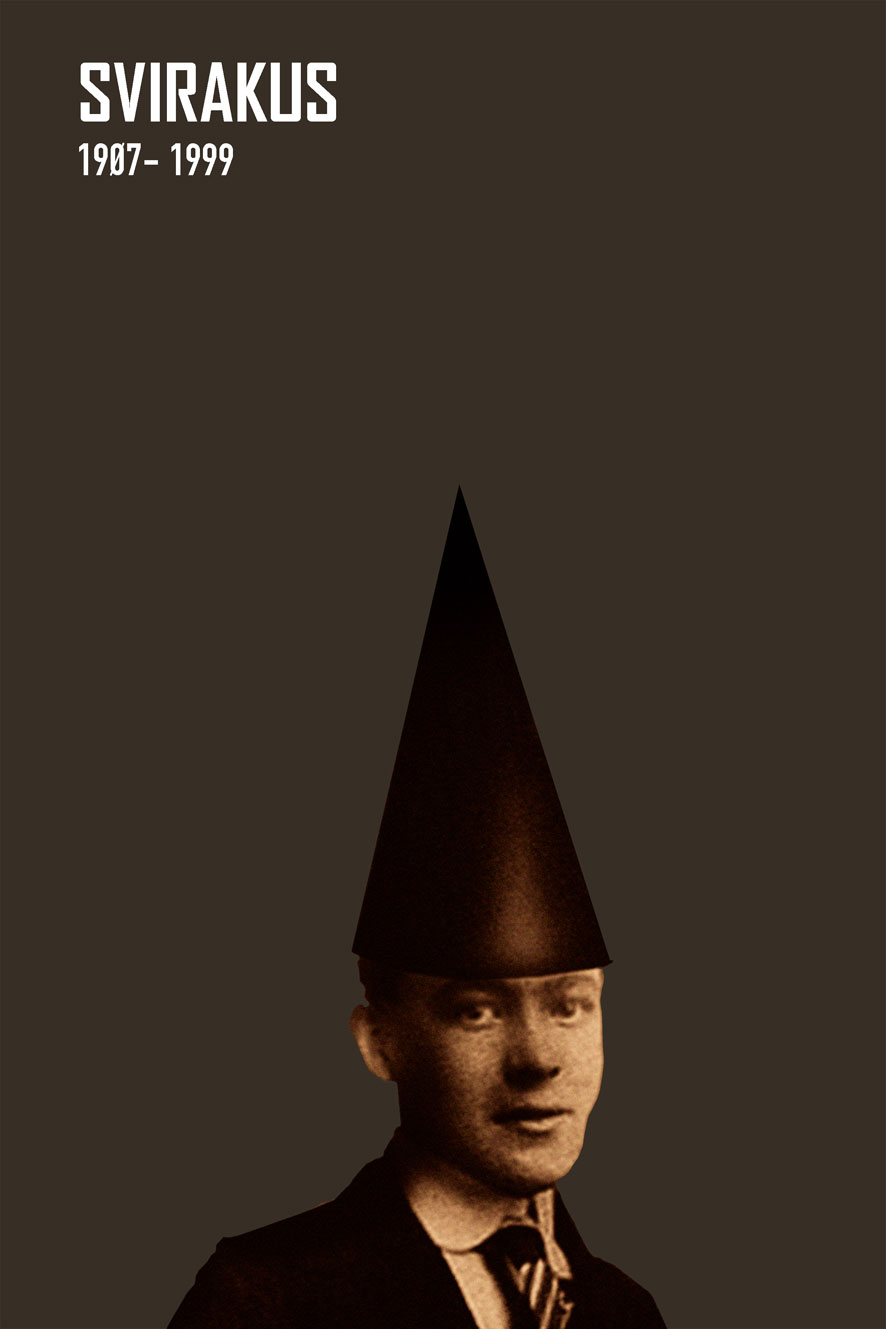